Wifey, not swipey: How to find the right woman on a dating site

There are so many fish in the sea – time for you to catch the right one (already).

You’ve been on the dating sites and the apps since… well it’s hard to keep track. You’ve had some fun, dodged a few bullets and had a few instances of “she almost coulda been.” Still, you haven’t met a woman you’re willing to settle down with.

You’re dangerously close to asking your friends—maybe even your mom—if they have anybody to fix you up with.

Do not despair! There are plenty of amazing women out there—you just need to know how to find them. 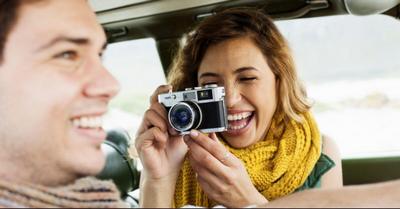 First things first—you need to go to a dating site that’s not all about the hookup. Nothing you can swipe, nothing that sends a flashing “I’m available” beacon to every woman in a 10 mile radius, and no free for all sites with no strings attached.

You’re looking to make a commitment? Find a site that requires one. Find a dating site that focuses on people looking for love and serious relationships—not 5 minutes of awkward shenanigans in a parking lot after happy hour.

Kick your game up a notch with Elite Singles - a great option for professionals who don’t have time to swipe through profiles until they get carpel tunnel syndrome.

They use smart technology and personality pairing to match singles, using a detailed questionnaire. Picture the difference between laser-guided hardware and Tindr’s “hey ladies I’m in the city!” carpet-bomb approach to the dating scene.

The questionnaire takes a deep read of your personality and what you’re looking for, and finds a woman you’d connect with.

Another type of intel is at play on Zoosk. More popular than Elite Singles, it focuses on compatibility, so you can forget about “opposites attract” (they don’t).

Zoosk uses its Behavioral Matchmaking system to figure out your habits, likes and dislikes, and what makes you tick (or ticked off), and offers matches accordingly.

You may already be on a good dating site though, you just don’t know what to look for. We’re gonna let you know how to read between the lines on her profile, so you can see who’s a catch—and who’s fronting.

Nobody likes a drag, and usually it’s not hard to spot one. If her profile is just a laundry list of things she hates about people or relationships—head for the hills. If she leads with negativity, if that’s her opener… take it as a red flag.

That doesn’t mean that you need to find someone who’s all puppy dogs and rainbows, and hell, you may even agree with her that “the Kardashians are ruining America” or “I HATE drama, don’t get me started.” Still, you get out what you put out, and if she’s leading with the buzzkill hot takes, move along. Life is short.

Actually, life is long—you should spend it with somebody positive.

2. Look Out for the Woman Who’s Been Hurt and Lets You Know It

Full disclosure: We’ve all had our hearts broken and lived to tell the tale. We just don’t—or shouldn’t—tell it up front on our dating profile.

If a woman is serious about moving on, she’s not going to dwell on the past. If her last guy and the nasty details of their relationship keep coming up, or she keeps railing about how awful men are, that could be your cue to exit stage right.

When it comes to dating, it’s like air travel—take your baggage and check it in the cargo till you get where you need to be, then you can unpack that mess. 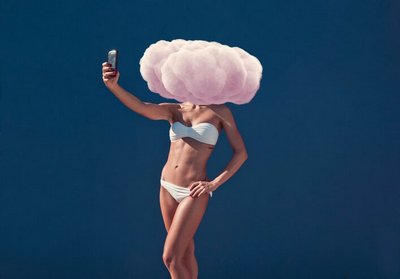 3. Big No to the Woman Who's Trying too Hard to Impress with his Photos

She has permanent duck face syndrome and like a duck, is usually seen on water (on boats, with champagne). She always looks perfect at the gym, always has the right angle, the right light, the right restaurant, party, friends, travel spot, you get the idea.

Watch out for the girl trying way too hard to impress you with her online persona. It reeks of fakeness, and worse – it’s a pretty good sign she’s too into herself.

4. You Put Yourself Out There, and She Doesn’t Reciprocate

It’s tough to be a woman online, we know that. They’re bombarded by creepy guys who come on too hard and then lash out when the woman doesn’t see them as God’s gift to womankind. You get why they have their guard up, but what are nice guys supposed to do?

Be patient, considerate, and a nice guy, and don’t let it bother you if at first she’s got her guard up.

If you keep hitting a wall though, and your small talk just keeps bombing, it might be time to try your luck with someone more willing to give you a chance.

5. She Takes the Time to Respond

You don’t want too much information right out the gate, but it’s nice to know that a woman is willing to open up some. If you reach out and share some things about yourself, you’re hoping to see the same.

If a girl sends back a simple hey, or some other virtual equivalent of polite nodding, it might be a sign she’s just not that into you.

6. She Asks You Questions

It goes beyond opening up though – is she looking to learn more about you? Sure, we guys usually get a bad rap for not listening, not asking questions—but that cuts both ways. If she’s willing to listen and ask and learn more about you, it’s a sign that she’s invested in this connection and wants to take it further.

Oh, and this should go without saying—be a listener, ask her about her, and know when to reel it in and stop talking about yourself. Show more interest than maybe you have in the past—you have no idea where it might lead.

There is no shortage of great women out there waiting to meet someone they can get serious with. Don’t give up, keep working at it, you’ll get there.

And if you’re looking for the best dating sites, give Zoosk a try. It just might be the key to making online dating work for you.